How To Create Master-Detail Layouts in FileMaker

If you've been kicking around the FileMaker neighborhood for any amount of time, you've probably run into a need to show multiple records in a list format as well as provide a detail view of the current record. Up until now you basically had two options.

The other widely used tactic is to create a portal based on a self-join relationship and then add some complex portal filter calculations to the form view layout. So when a user selects one of the records displayed in the portal, that record appears in the form view area of the layout. This is generally referred to as master-detail layout because it displays both a master list of records and a detail view of the current record. This option has become common practice as of late because it offers conventional UX functionality. And, I assume most people prefer to drill into details as opposed to switching between layouts. Despite the fact that master-detail layouts provide a great deal of control and several clear benefits, it isn’t for the faint of heart.

Be the Master of Detail

Well, the new FileMaker 17 platform spares us the master-detail layout aggravation with the new “Current Table” option in the Portal Setup dialog: 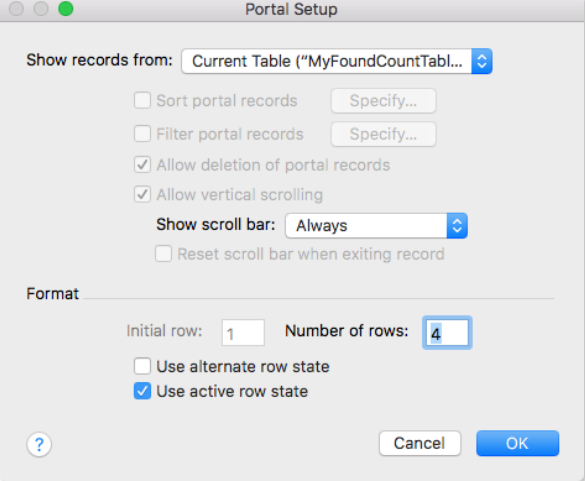 By selecting “Current Table” within the "Show records from" field, you instruct the portal to display the records in the found set directly in the portal, just like a list view. So instead of having to create a relationship based on some complex set of fields, you can automatically display the records you just found. You will notice that many of your options like sort and filter are greyed out. That's because you can filter your records with a find and sort them using the sort command instead.

Watch as we demonstrate the new master-detail functionality.

If that isn't enough excitement for one post, how about forcing global fields out of one of its last bastions…the Custom Dialog. You heard that right! You are no longer required to create a local or global field every time you want to add input fields in a Custom Dialog. Just select the “Variable” option and the input goes straight into a local or global variable of your choice. Just like Vegas, what happens in a script, stays in the script! 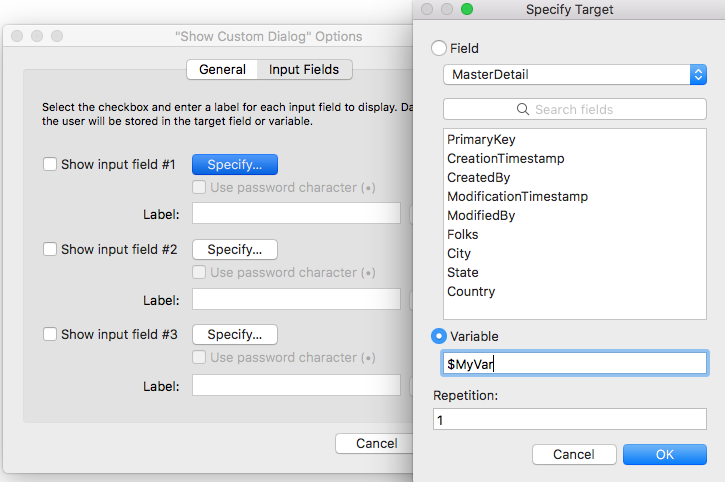 See how easy it is to create a variable within a Custom Dialog.

Learn more about the new features in the FileMaker 17 Platform. If you're ready to upgrade to FileMaker 17, let us know.